I've been observing something frustrating lately. Quite a few people appear to have a habit of intentionally preventing others from finding good solutions to problems. And I don't mean disagreeing with proposed solutions - I mean actually keeping others from even trying to find them. I'll give some examples, starting out with a seemingly innocent remark.

"The only solution is X."

This seems like a harmless statement. You could call this person narrow-minded, or perhaps tell him that he overlooked some things. In reality, this statement shows a very clear problem: this person has already discounted any possibility of other options. No matter how good your solution to the problem might be, he's not interested in hearing it. It doesn't even really matter why; that he rejects any other ideas straight-away, is enough to kill the entire process of finding a solution, stone dead.

"There is no perfect solution!" 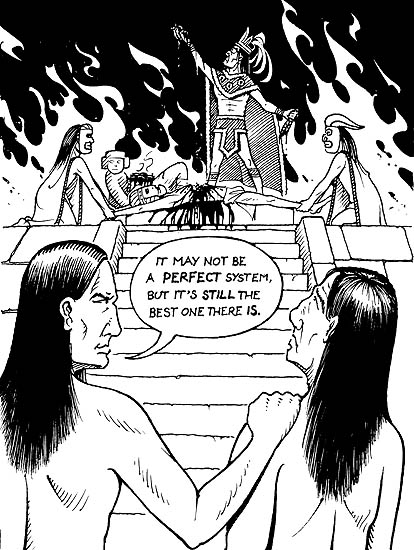 Indeed, there probably isn't. While this statement is technically correct, it doesn't have anything to do with the process of solving a problem. It's a neutral observation. But that's not how people use it - usually, when somebody tells you this, they try to use it as an implicit argument, basically telling you "it's not worth the effort to find a solution, it won't be perfect anyway, why don't you just give up?"

The problems with that attitude should be obvious. It makes it impossible to solve a problem, because one of the parties involved has already decided that it isn't worth the effort. What they are overlooking, is that while a solution may not be perfect, it's still likely to be a better solution than what is currently in place.

The most problematic statement of all. I've seen this one especially often around the LowEndTalk and VPSBoard forums lately. When somebody says this in a group setting, they're not trying to tell you that they don't care - they're trying to tell you that you shouldn't. It's worth noting how this statement is often used by the same people repeatedly, in conversations (or, in the case of forums, threads) that they do not otherwise take part in, and could've easily avoided.

A recurring theme in all of these statements, is that they're not just keeping themselves from finding a solution, but also inhibiting the ability of others to do so. They are effectively trying to convince others that they shouldn't bother finding a solution. The question is: why?

I would argue that, in many of these cases, there's a combination of learned helplessness and cognitive dissonance going on. Especially in the example case of LowEndTalk, where ColoCrossing now runs the show (with all the bias and shady proceedings that result from that), this seems to apply; some people have realized that they can't just work around ColoCrossing's influence, and have 'accepted' the situation.

In fact, it is quite likely that somebody will exhibit the exact behaviour I described above, in the comments for this post.

Footnote: The issues I've described above, don't just happen around LowEndTalk and VPSBoard; those are just an example. They occur virtually everywhere, and you'll likely see it happen in your own environment.